Choose a protected page to view its resources. If you do not know the necessary passwords, please contact marketing@lplatfrg.com.

May is Military Appreciation Month

Celebrating Those Who Served Our Country

Each year in May, the U.S. president makes a proclamation reminding Americans of the importance of our U.S. Armed Forces and the role they have played in the history and development of our country. This month was chosen because it has many individual days marked to note our military’s achievements, including Loyalty Day, established in 1921, Victory in Europe (VE) Day commemorating the end of WWII in Europe in 1945, Children of Fallen Patriots Day and the anniversary of the death of Osama bin Laden.

In 1999, Congress designated May as National Military Appreciation Month to ensure the nation was given the chance to publicly show their appreciation for our troops, both past and present. Not only do we pause on Memorial Day to remember the sacrifice and service of those who gave all, but the month also holds several other military anniversaries and events, including Military Spouse Appreciation Day and Armed Forces Day.

We want to extend a sincere THANK YOU to ALL of our advisors and staff scattered all over this great country for your dedication and sacrifice in serving our nation. It is an honor to call you a partner. We also want to take this opportunity to highlight the members of our Financial Resources Group staff who have served our country.

As one of the newest members of our team, Adam Rean Bohlen, Director of Business Consulting, served in the Marine Corp from 1999 – 2007. He completed his boot camp at Parris Island in South Carolina and became a Small Arms Specialist at Aberdeen Proving Grounds in Maryland. Adam was stationed at Camp Lejeune in North Carolina as an armorer and primary marksmanship instructor and was deployed twice overseas to Norway and Iraq where he earned a meritorious Sergeant promotion.  For Adam, the Marines taught him discipline, determination, and overall integrity that carried over an appreciation for hard work into his professional career.

Matt has been providing Financial Resources Group advisors and staff top-notch IT service since 2018. His four-year military service began in 1990 when he enlisted in the Army. After his boot camp training in Fort Leonard Wood, MO, he was stationed in Illesheim Germany, Fort Bragg and Fort Hood.

Matt says the experience was challenging and not what he expected from what his recruiters promised. He specifically states, “never trust your recruiter”. He is much happier in his career in internet technologies.

Toni joined our team in September of 2021, as the manager of our new virtual admin team. She joined the US Air Force at the young age of 17 and served nine years of active duty prior to being a reservist. She says her service to our country is deeply personal to her and she is extremely proud of her decision to serve.

We thank each of you for your service to our country and are proud to have you as part of our Financial Resources Group Family! 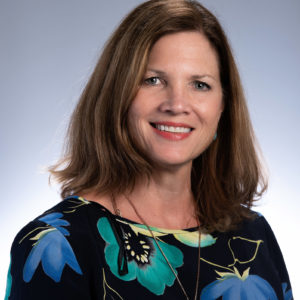 "THANK YOU to ALL of our advisors and staff scattered all over this great country for your dedication and sacrifice in serving our nation. It is an honor to call you a partner."

Actionable Methods for Knowing Your Customers

Customers are the heart of any business. They are also the lifeline to each of our businesses’ success. Keeping them top-of-mind should be a top priority as well as taking

Financial Resources Group Investment Services continued to celebrate the holidays on Monday, December 19th with some holiday festivities. Everyone wore “ugly holiday sweaters” while they enjoyed lunch and a hot

Financial Resources Group Investment Services celebrated the holidays on December 3rd. The event was held at the Charlotte City Club on the 31st floor which overlooked the beautiful uptown Charlotte